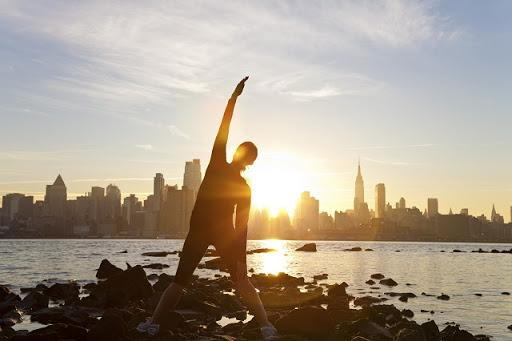 Is it really possible to restore the loss of body and brain connectivity caused by an injury to the brain? That would almost be a miracle, right?

In the past, we’ve talked about medical cannabis as a potential treatment for victims of traumatic brain injury. This time, however, we want to expand on the possibilities that another potential form of treatment may hold for TBI patients.

Anecdotal reports so far show that only when you’ve experienced life-changing trauma physically can you understand how much potential yoga holds for victims. Today, we are seeing lots of TBI patients attesting to the powerful healing benefits of yoga.

So, to help you better understand how this activity possibly could impact the lives of brain injury victims, we shine the spotlight on Kevin Pearce, a TBI patient who’s currently inspiring other victims in the US and around the world.

How It All Began For Kevin Pearce

Some weeks before the 2010 Winter Olympics kicked off in Vancouver in 2010, snowboarder Kevin Pearce was trying out some tricks in Park City, Utah, when he crashed his head into an icy halfpipe, causing a traumatic brain injury (TBI).

He remained in a coma for 6 days, lost his memory, suffered vision problems, and mood swings. After spending about 8 weeks plus an additional 12 weeks at the intensive care unit and a Denver-based rehabilitation center, respectively, he went back to his home in Vermont to continue his recovery. While on this journey towards healing his brain, Kevin discovered yoga.

For Kevin, yoga seemed to give him a new pair of eyes. With the help of this ‘miracle’ exercise, he was able to take his mind off the painful symptoms he had to battle with, and connect with his body and relax.

Since Kevin had vision issues, it meant he had to use glasses on a regular. However, the turning point came when he participated in a yoga class in Carlsbad, California that changed his life. To get to that class, Kevin had to drive with his glasses on, of course. But as soon as the class was over, he noticed he no longer needed his glasses to drive home. This would be the first time in 5 years that Kevin didn’t need them.

“The Crash Reel”, a 2013 documentary covered Kevin's story where he says: “In no way are my eyes 100 percent better, but it made that big of a difference that I don’t have to wear glasses anymore.” And ever since, Kevin has continued to practice Yoga and Meditation almost every day.

But before we go into more details about the benefits that yoga brought to Kevin Pearce, let’s delve a bit into the world of yoga as a healing tool for brain injury victims.

The CDC estimates that more than 2 million US residents suffer a TBI each year. Of all injuries that eventually lead to death, TBI is responsible for 30% of the fatalities and racks up medical costs worth about $76 billion yearly. With a continuous rise in these figures, WHO speculates that by 2020, TBIs will soon become one of the leading causes of disability and death.

It can be challenging for TBI victims to become as fully functional as they once were before the injury. TBI victims have to battle physical injuries, as well as fatigue. So, engaging in physical activities and proper exercise is never an easy feat. We can also talk about the complicated emotional issues that they have to handle, mostly if PTSD becomes a problem.

There is also the hassle of engaging with doctors, attorneys, insurance agencies, etc., which leads to the build-up of stress. Eventually, TBI victims who suffer stress are always in a fight or flight mode because of the regular pumping of cortisol into their bodies. In a situation like this, exercising is important but shouldn't be so demanding. This is the only way to restore calm to your sympathetic nervous system.

Enter yoga as a great tool that can potentially help TBI victims recover from their condition. This activity has been around for many years and if you are struggling with a traumatic brain injury, you should consider exploring yoga. The best part is that you don't have to spend so much energy or time doing this as you can just work with the simple poses until you can handle the more challenging ones.

Most people feel that yoga only has to do with assuming awkward poses and dressing up in stretchy leggings. But there’s more. Yoga seeks to blend balance, energy, and focus, with breath and muscle strength. With the help of yoga, your brain-injured mind possibly can start to experience a better state of calm while your brain heals and your body strength improves.

Today, we are starting to see the growing adoption of yoga, as well as meditation and mindfulness, as viable tools for brain injury recovery. There are lots of health practitioners such as primary care providers, physical rehabilitation experts, and neurologists who recommend yoga to brain injury survivors as a form of treatment. Here’s why:

Research carried out at Purdue University Indianapolis is proof that adults who are victims of a traumatic brain injury or stroke can find help with Adaptive Yoga. People with chronic health conditions and other disabilities can benefit from this specialized practice according to the findings of that research.

The study sought to find out if yoga’s mind-body-spirit function was better for the subjects when compared with traditional rehabilitation exercises. Remember that a disconnection between the mind and body is most often diagnosed following brain injury. But scientists now believe that therapeutic yoga practices play a vital role in recovery.

Findings from the Purdue University study eventually showed that adaptive yoga helped to increase patient balance by 36%. They also experienced a 100% increase in lower extremity strength. Even patients that were stuck in a wheelchair were able to complete some movements which are further proof that yoga can benefit everyone, including TBI victims.

How Kevin Pearce Has Benefitted From Yoga

Back to Kevin whom we mentioned earlier. You’d recall that the snowboarder suffered a TBI following a head crash. But how did yoga come to his rescue?

According to Kevin, he now derives from yoga the same satisfaction that snowboarding once gave to him. For him, yoga makes him feel calm and powerful at the same time. He can now listen to his body and treat himself with compassion rather than try to push his body parts its limits – (As confirmed by yoga instructor and sister-in-law, Kyla Pearce).

Even if Kevin had to kiss his snowboarding career goodbye, that event set him on a new path. In 2013, Kevin along with his brother, Adam, set up a nonprofit foundation – Love Your Brain.

Love Your Brain was set up with the principal objective of giving TBI victims the help needed to have an improved quality of life. The foundation also offers yoga retreats that are specially crafted for brain injury patients. The yoga program was developed by Kyla who conducts TBI-friendly yoga curricular workshops.

According to a speech pathologist and brain injury expert, Katherine Noyes, who in 2018 organized a Love Your Brain foundation program that lasted 6 weeks, a lot of TBI patients get help from speech pathologists. This is necessary to improve their focus, as well as memory and attention.

She also believes that TBI patients who have problems with movement and breathing coordination that helps in speech production can find help with yoga. This is because yoga focuses on movement exercises and deep breathing techniques. The incorporation of mantras in the exercises also with the coordination of the diaphragm.

The road to recovery from a brain injury will not be the same for every person. But with the help of adaptive yoga, you can learn to meet yourself where you are, know and build on your strengths, fight your weaknesses, and make steady progress towards healing your brain, body, mind, and soul.

We will respond to your inquiry in a timely fashion. Thank you.

Thank you. Your submission has been sent.

Attorney Advertising. This website is designed for general information only. The information presented at this site should not be construed to be formal legal advice nor the formation of a lawyer/client relationship. [ Site Map ]

See our profile at Lawyers.com or Martindale.com